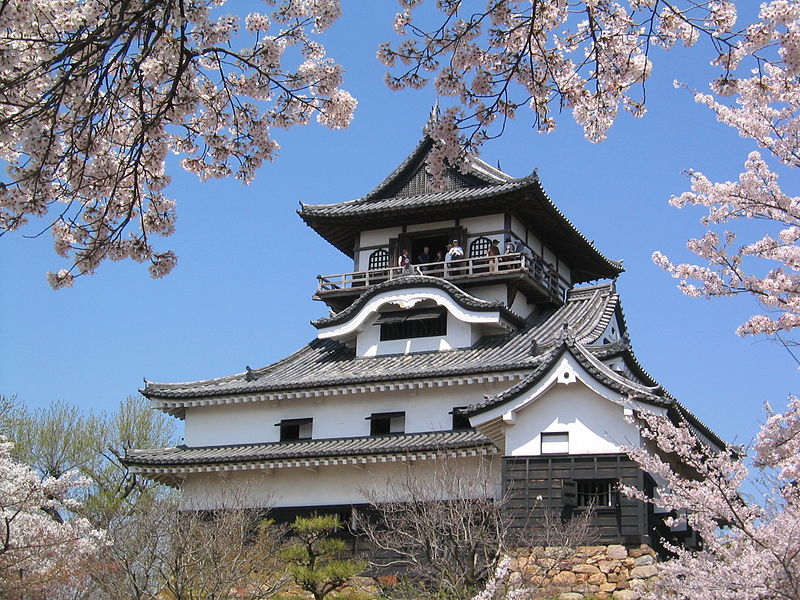 Japan is an amazing country, far away and incredibly original. In every aspect of life individual traits are guessed: in mentality, history, culture. To get acquainted with the Land of the Rising Sun, we offer a fascinating topic for conversation – architecture of Japan.

We will tell you what is interesting about the architectural component of Japanese culture, what styles were used in buildings of different epochs – from antiquity to modern times. You will also learn what influenced the development of architecture in Japan and how temple and secular buildings differed.

The Land of the Rising Sun is the land of majestic palace complexes, multi-storey temples and castles. The main feature of traditional Japanese buildings is considered a few floors, each of which is crowned with a massive roof, as if directed upward at the ends.

Originally, many architectural solutions were borrowed from the Chinese, for example, the shape of the roof. But the features of buildings from the Japanese are simplicity, free space, visual lightness and calm tones.

Japanese buildings are rarely single buildings – as a rule, it is a complex of buildings connected with each other. Ensemble architecture is subject to the following pattern: if it is on the plain, the rule of symmetry is usually observed, and if in the mountainous area – the rule of asymmetry of construction.

The reason for that is that wood:

But there is a significant drawback to wooden structures – they are not resistant to fires. That is why many masterpieces of Japanese architecture, especially in the early period, are not preserved in their original form.

If we talk about the historical houses of ordinary people, they have survived even to our time and are built mainly in rural areas. These low-rise buildings, one or two tiers, are called “mina”. They were inhabited by people who were engaged in agriculture, trade and craft.

Very little is known about the structures of ancient Japanese architecture, dating back to the IV century AD. Even the most ancient literature practically does not contain any information about them. Only models of Haniv dwellings, made of clay, and their images on bronze have reached us.

Early houses are called “tata-ana-juke” in Japanese, which means “dwellings in a pit”, in other words – dugouts. They were dugouts in the ground covered with a straw roof supported by a wooden frame structure.

A little later, so-called takayukas – special facilities for grain storage – appeared. They protected the harvest from moisture and pests like mice and rats. People often lived in free takayukas.

This is a separate area of architecture, which began to emerge in ancient times and continued in the Middle Ages. Originally they were represented by structures of the Shinto religion, built back in the I-III centuries.

Shinto monasteries followed the rule of symmetry. Their facades were built of untreated wood. The construction was based on a rectangular foundation and piles buried in the ground. The composition was completed by a gable roof, flat, significantly extending beyond the walls themselves.

By the VIII century, the appearance of the cities became very orderly and neat: in the center of the imperial palace was located, and from it from the northern to southern stretch magnificent private houses of the nobility and close to the royal court. They were notable for their splendor and tiering.

In the XIII-XIV centuries the direction of Zen Buddhism began to gain momentum, the temple buildings of which were characterized by numerous halls and roofs covered with gilding. One of the main monuments of this style is the Kinkaku Ji Temple, also known as the Golden Pavilion.

At the turn of the XVI and XVII centuries Japan was waiting for difficult times, constant strife and enemy raids, so there was a castle architecture. The impressive size of the castle was built of stone materials, surrounded by a standing fence, water moats, and therefore the complex could serve for more than one century.

The main tower in the middle was the tensu tower. All other towers were connected by a chain of passages to form a single ensemble.

This style was called yamajiro. A perfect example is the Chimeji Castle, or Imeji, located near the town of Kobe. This is probably the largest masterpiece of the style that has survived – once there were more than eighty buildings.

Since Japan opened its borders to other States, its architecture has undergone some changes, but has generally preserved its identity. Almost half of the buildings are still traditionally built with wooden frames. But other materials have naturally been added to wood and stone: brick, glass, reinforced concrete.

All Japanese buildings must meet special government requirements. They are built by special construction, often on piles. It is thanks to this that in recent years, no structure, even skyscrapers, have not been seriously affected in numerous earthquakes.

Now the Land of the Rising Sun itself often dictates modern trends in construction. Futuristic buildings made of the latest high-tech materials are combined with canonical gardens of stones, ponds with bridges, green landscapes.

Japanese architecture is a separate phenomenon in world art. It has been evolving over the centuries, changing and evolving into new styles.

Architectural ideas were embodied in the creation of monastic complexes, castles, palaces of rulers and their relatives, as well as the homes of ordinary people. The main characteristic features have been preserved up to now – simplicity, naturalness, multistage and harmonious combination with nature.