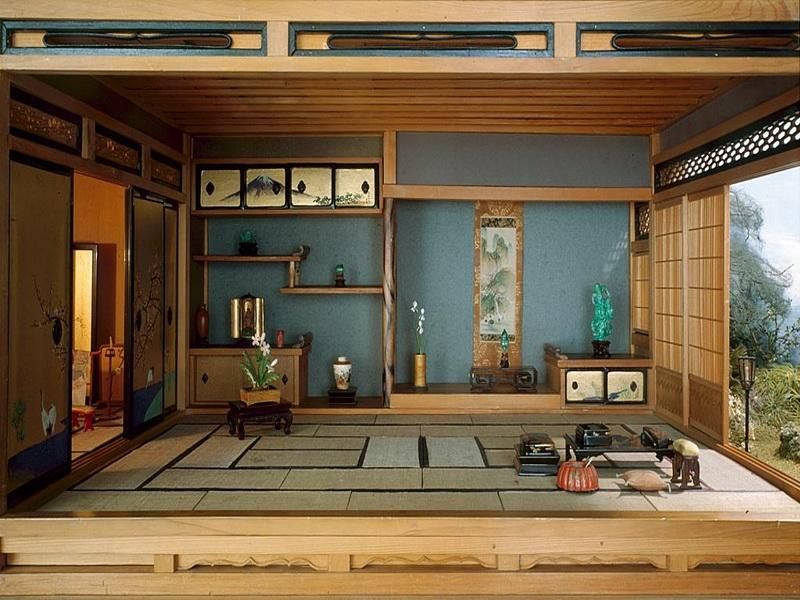 To fill your kitchen with Japanese flavors, you just need to reach for the proven recipes. But how to bring the Asian atmosphere into the rest of the home? Find out how to decorate your interior in Japanese style and enjoy the unique atmosphere of the Orient in your everyday life

There is no place for randomness in Japanese culture. All its elements intertwine and merge into a coherent whole. This is the case with Japanese interior design, which reflects the minimalist, harmonious nature of the Japanese people and is characterized by unusual symmetry, cohesion and balance. The sources of the original Japanese aesthetics are seen in the characteristic simplicity with which Buddhist monks arranged rooms for reading and meditation.

It is their ascetic austerity that has become the prototype for traditional Japanese houses. Although the homes of contemporary Japanese people are soaked with the influence of world trends, old traditions still inspire the Orient fascinated Westerners.

The basis for the arrangement of Japanese interiors are references to the already mentioned, Buddhist philosophy of zen. It is from this philosophy that simplicity, harmony and love for nature, visible in traditional Japanese houses, flow. Buddhism is also the basis for the Japanese mastery of space management skills. The proper layout of rooms and home appliances determines, in their opinion, the proper flow of air, light and energy.

According to feng shui principles, this energy translates directly into human life – also outside the home. The Japanese had to learn how to use space economically also because of the specific housing conditions and the high density of buildings typical for Japanese cities.

Japanese style in a flat – colours

The modesty and naturalness of Japanese interiors is expressed, among other things, by the colours used in them. Most Japanese houses are maintained in the subdued colours of the earth.

Monochromatic decoration is sometimes broken by stronger accents of fire colours – red, yellow or orange. In modest arrangements, there can also be contrasts – most often a combination of black with white or red. However, everything must be consistent, balanced and symmetrical.

In order not to interfere too much with natural feng shui, the Japanese limit the number of home appliances to a minimum. Their height is also minimal – typical Japanese furniture is placed low above the floor, the best example of which are the characteristic benches where traditional tea-making ceremonies take place.

Instead of beds in Japanese homes, you can find wool or cotton futon mattresses, which are rolled up overnight to avoid taking up useful space. But if you can’t imagine living without a comfortable bed and a large table, and you want to keep your interior in an Asian climate, opt for natural materials such as wood or bamboo, simple forms and subdued colours. Add low shelves and a chest of drawers to classic furniture and use the low bench as a coffee table.

The simplicity that the Japanese love to use precludes the use of too many ornaments and useless decorations. In a Japanese house, every object should have its own utility function, so it is rare to find typical European home decoration elements.

If they do happen, they are usually traditional calligraphy, suibokuga inked graphics or ceramic vases. The exceptions are ornaments connected with religious holidays, which often surprise with their richness of colours and materials.

The decorative function in Japanese apartments is often fulfilled by plant elements. Greenery introduced into houses is a symbol of proximity to nature and respect for natural beauty. However, even here, the Japanese maintain their own moderation, choosing simple palm leaves, slender bamboo, orchids and orchids. If you like to take care of your plants, you can also try to create your own bonsai tree or an intricate composition of ikebana.

Another natural element of Japanese interior design is light. That’s why you won’t find thick curtains or blinds in wide windows of Japanese houses. If it is necessary to cover them, the Japanese usually decide on light bamboo blinds, which let in gently suppressed sunlight.

After dark, the inhabitants of the Land of the Cherry Blossom Country illuminate their homes with lanterns and candles. Instead of large chandeliers, they use small light points, which they place in different parts of the room.

The flow of light in Japanese apartments is also greatly influenced by the characteristic sliding door. Traditional fusuma were made of wood and thin, light-permeable washi paper. Sometimes delicate paintings appeared on its surface, which were an additional decoration of the interior.

The basic function of the fusumum, however, was to separate individual spheres of the apartment, whose role could vary depending on the time of day and the needs of the household members. This was particularly important in small flats, where the rooms very often performed several functions simultaneously. Today, Japanese paper is often replaced by practical glass panels, which are also available on the Polish market.

If you dream of living in the Japanese style, you obviously do not have to strictly adhere to traditional island standards – today even the Japanese do not do it themselves. Be inspired by the solutions that have been tested for centuries and – in Japanese moderation – choose the ones that will work best in your home.